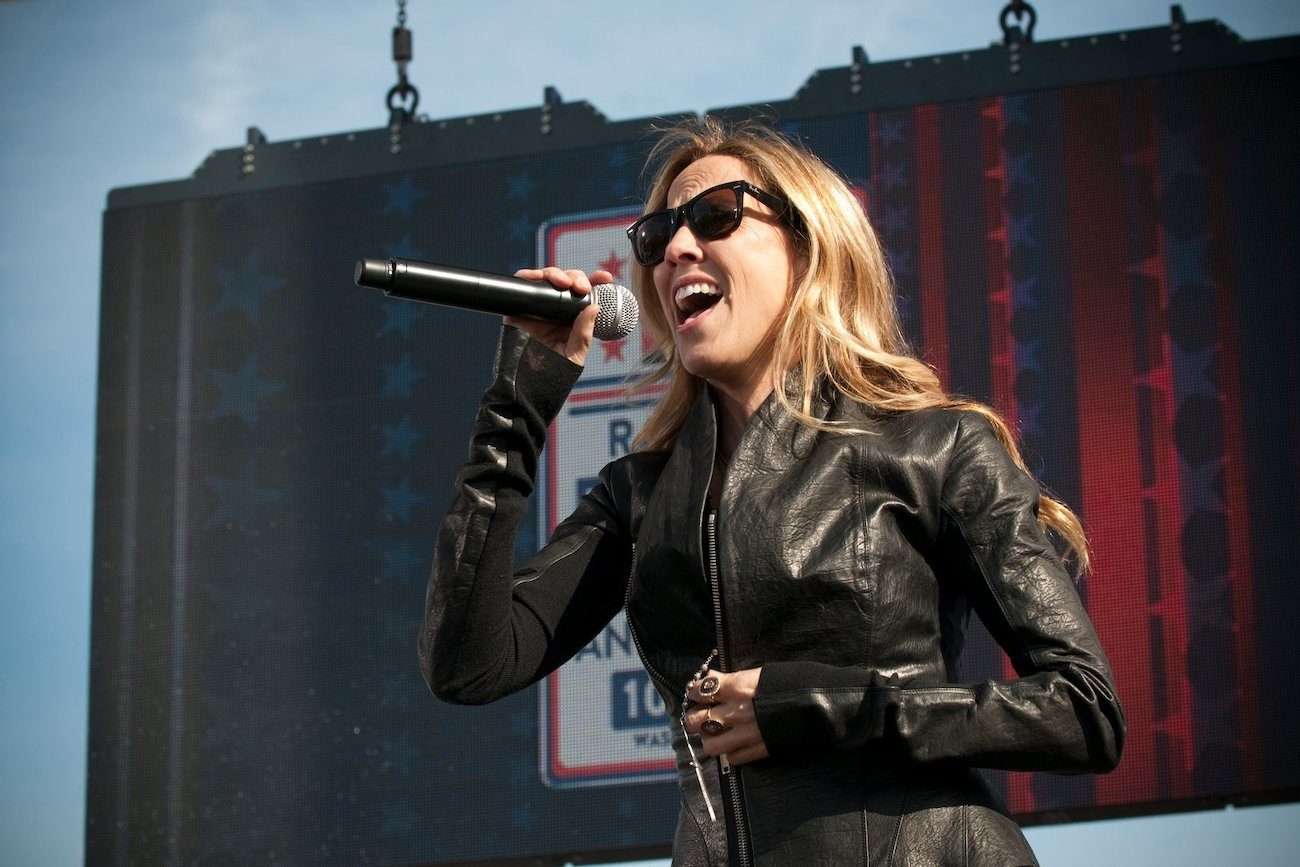 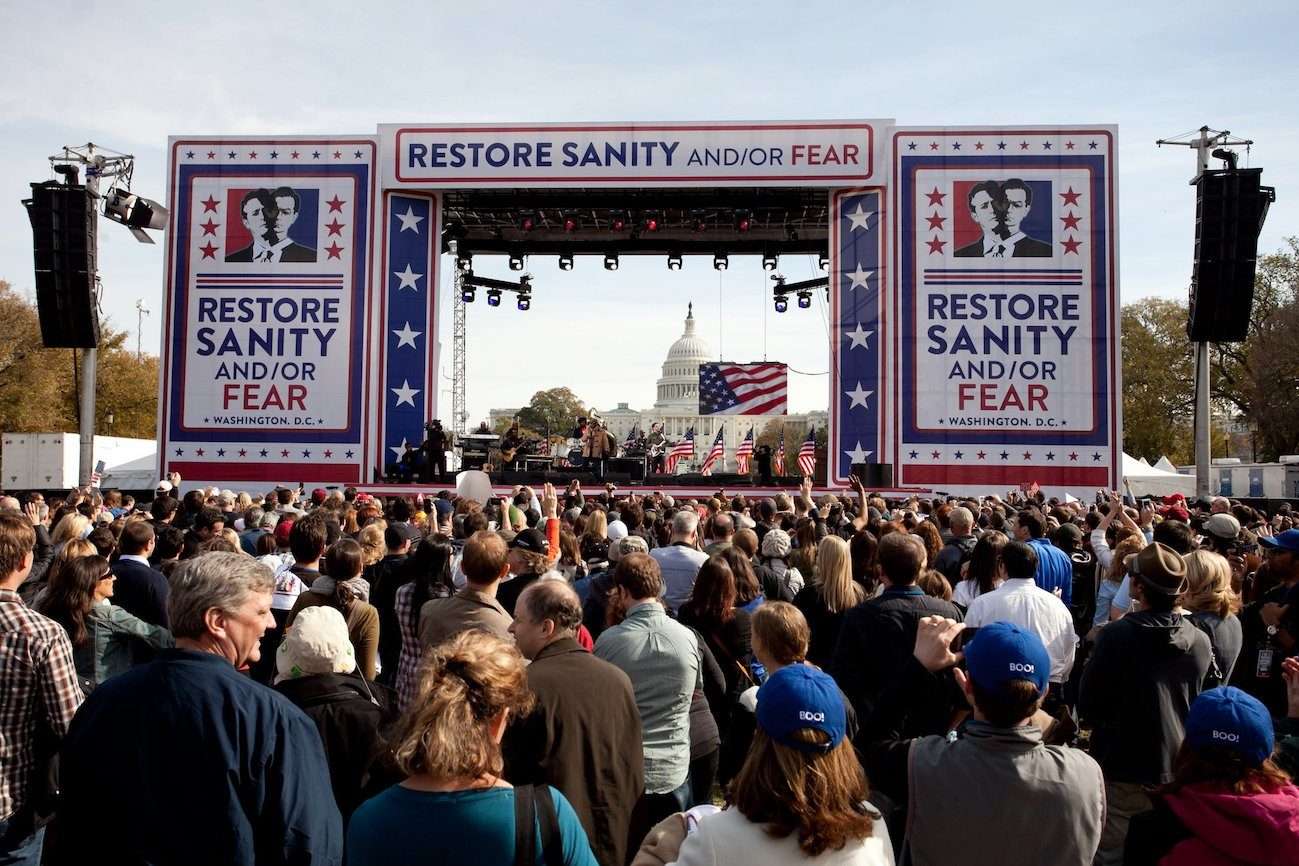 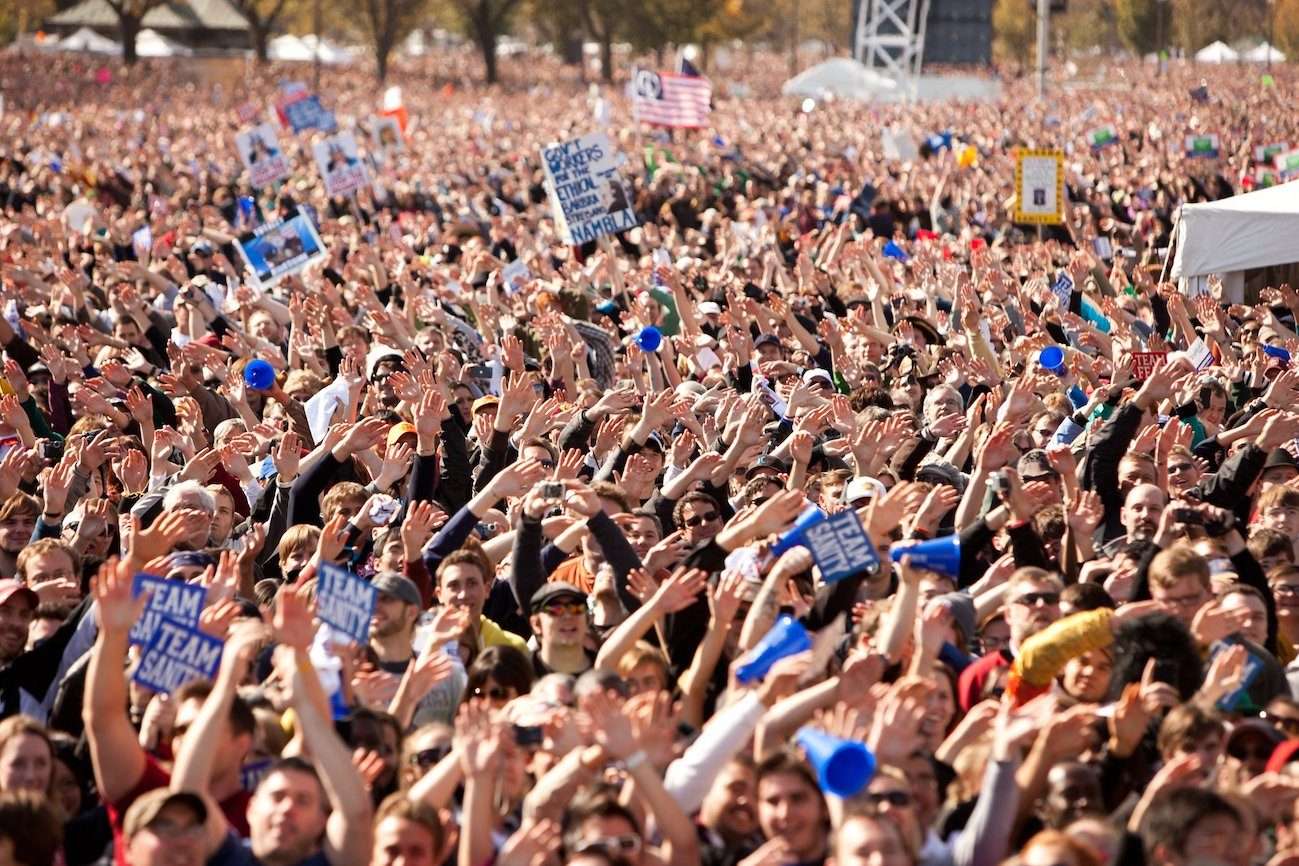 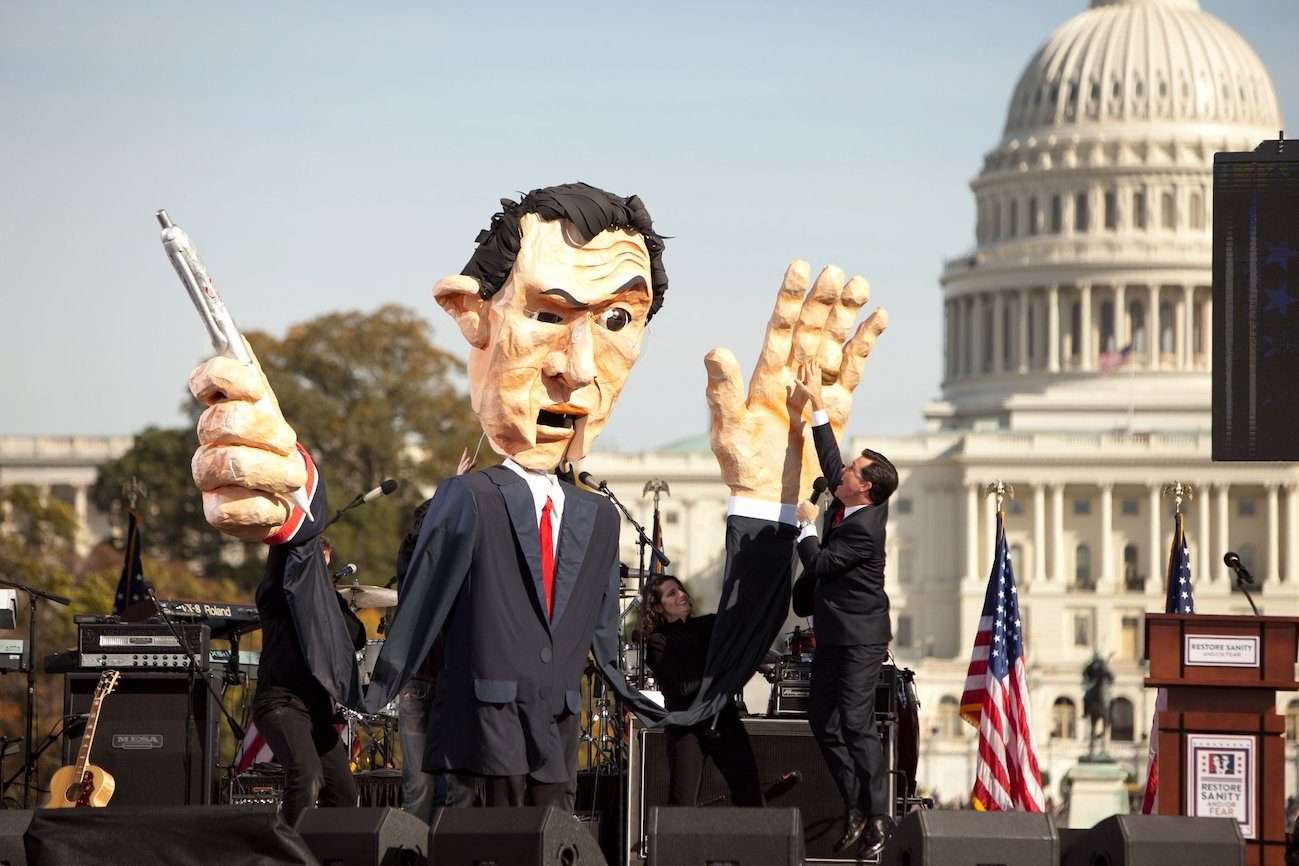 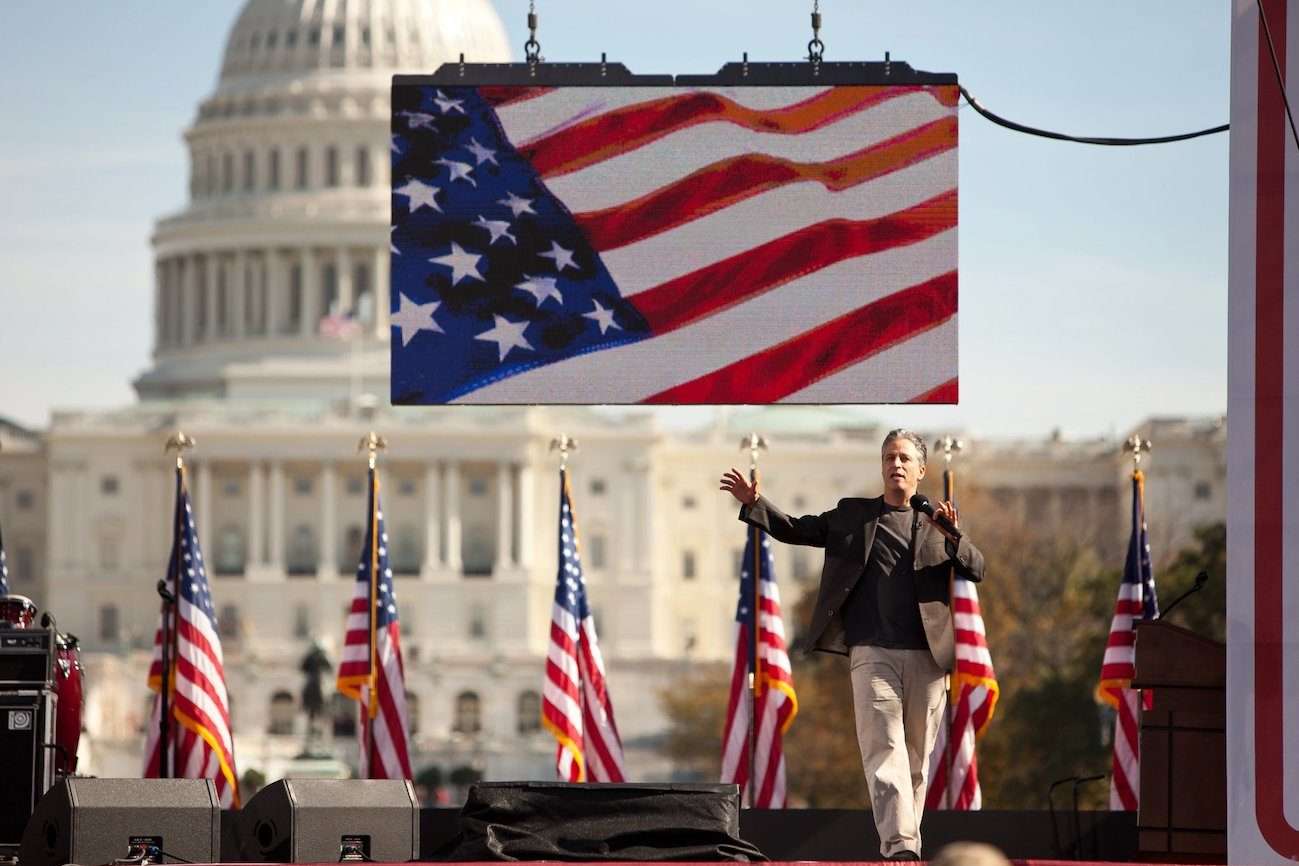 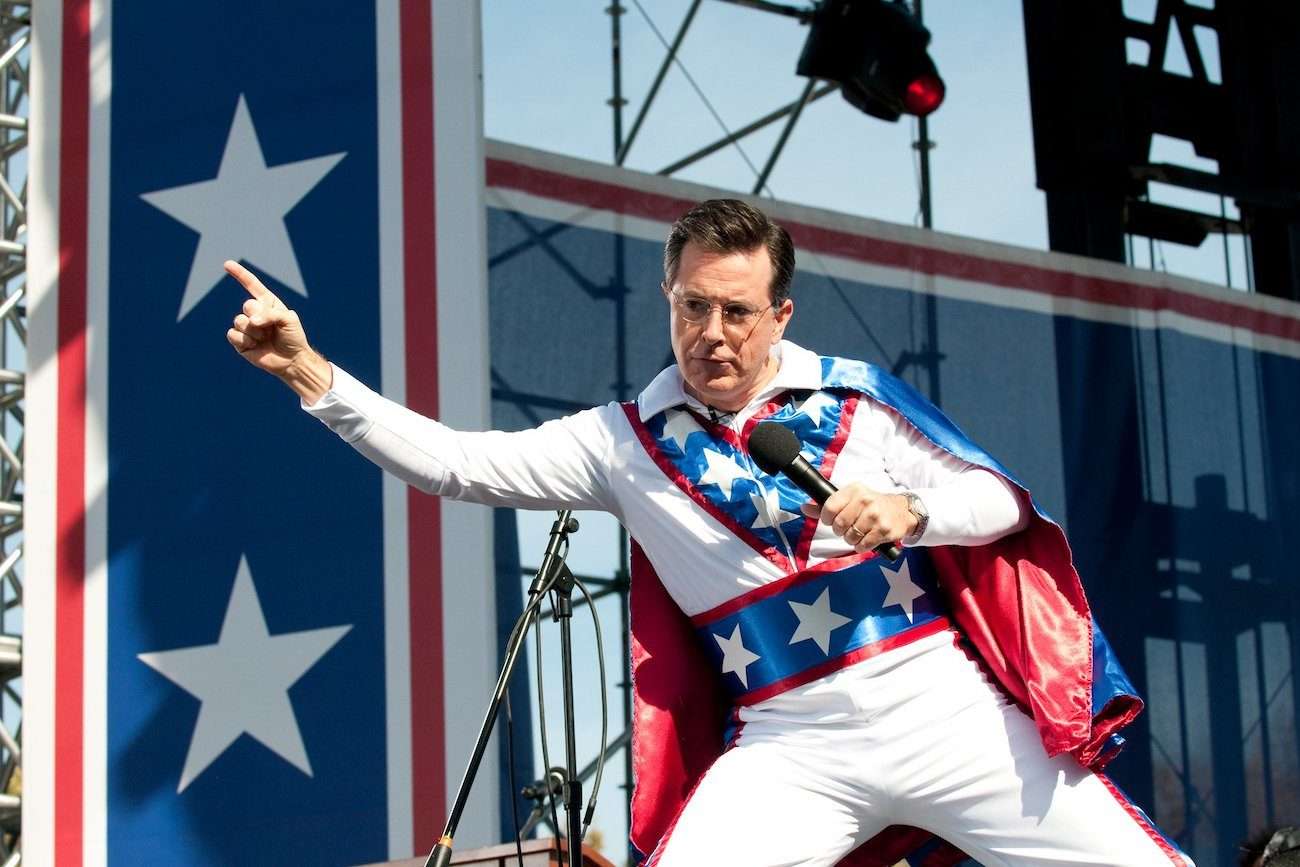 Over 215,000 people from across the country made the journey to Washington to be a part of this unprecedented event. Originally seen as a response to the Glenn Beck Rally in August, the Rally to Restore Sanity became a lightning rod for millions of Americans who are tired of the irrational name-calling and bipartisan bickering that dominates television news and Congressional debates. As Stewart said on stage: “If we amplify everything, we hear nothing.”

The Rally combined comedy, music, and politics, was televised and webcast live and without commercial interruption on Comedy Central. In addition, over 400 accredited media covered the event, including all the major networks. It was a star-studded show, featuring Jon Stewart, Stephen Colbert, Tony Bennet, Ozzy Osbourne, Sheryl Crow, The Roots, Mavis Staples, Kid Rock and Yusef Islam.